How COVID-19 Is Shaping the Future

How COVID-19 Is Shaping the Future

Investors reward companies with richer equity valuations for squeezing out marginal costs. Investors also punish companies with lower valuations for unproductive assets and idle capital. In the internet age, corporations and governments have taken advantage of network infrastructure to expand markets and eliminate operational inefficiencies. Boosting operating leverage – i.e., a higher fixed cost structure allows a greater proportion of incremental revenues to fall to the bottom line – has been the paramount objective.

Geographic, operational, and technological barriers fell as companies exploited methods of improving productivity. For many companies, this required investment in offshore supply chains, distribution channels, and manufacturing. These strategic initiatives culminated in a universal objective of just-in-time inventory management to maximize returns on capital assets. Instead of producing excess inventory to satisfy future demand, many companies invested in systems that allowed for immediate fulfillment as demand materialized. Reducing the amount of capital dedicated to excess inventory increased efficiency and became a metric by which companies and industries were evaluated.

The internet also facilitated exponential growth of brands and services in an accelerated timeframe through the elegance of network architecture. Like branches of a tree, growth often went in unexpected directions, took fortuitous turns, and had three-dimensional characteristics. Over time, the lexicon would include the term “viral marketing” to describe a method of brand promotion that relied heavily on technology platforms, including those offered by social networks. A successful viral marketing strategy has the attributes of a virus whose reproductive rate is exponential. This growth requires a network that includes a core group of influencers at “nodes” and eager adopters along the “edges.”  Imagine a complex design with hubs (the “nodes”) and spokes (the “edges”) that join together in a shifting and growing web of connections. The strength of such networks depends heavily
on connections between those in the node and those along the edge. Network architecture that efficiently leverages these connections has allowed nascent applications to go from concept to ubiquity at the speed of light.

Then, SARS-COV-2, a “novel” beta-coronavirus emerged on the scene. For many people, this health crisis has been the first opportunity to witness a global virus at work. Exponential growth in transmission of COVID-19 requires a feature present in all networks – i.e., connectedness. The connected nature of our society is what makes this virus particularly deadly. Since the virus emerged in the United States, the public has learned of the impact of “super spreaders” and “super spreading” events. Super spreaders of a virus are the equivalent of influencers on social media. The virus jumps eagerly from “super spreaders” to others in their social networks and grows until there are no more targets to infect. Our connected, networked society offers seemingly endless opportunities for infection daily.

It is often the case that attributes which contribute to the success of a venture can also lead to its demise. Virtuous dynamics transform into vicious dynamics, in other words, without much warning or provocation. Thus, strength, efficiency, elegance – all features of a network’s architecture that contribute to its success – also make it quite vulnerable and potentially dangerous. During our ongoing battle with COVID-19, the most effective way to halt the spread has been to disconnect nodes and edges; to encourage distance between people; and to reduce the number of potential new hosts. Temporary and targeted isolation has become necessary for a socio-economic system that prospers from connections. As we have learned, these extreme measures involved quickly dismantling, at least temporarily, economic and cultural structures that required decades of investment. The abrupt reversal from the interconnected structure of our economy came at a tremendous cost.

Similar to past crises, it has become popular and newsworthy to publish prognostications of how the world will change following COVID-19. The trite expression “new normal” became part of the lexicon following the Great Financial Crisis to describe a permanently lower baseline of economic performance. The consensus at the time believed the magnitude of the economic shock and the enormity of the financial rescue packages would forever alter certain economic relationships. The global system eventually became accustomed to zero interest rates, for example.

Visions of a “new post-COVID normal” are now sources of debate and controversy, and we remain far removed from establishing consensus. In contrast to the Great Financial Crisis, the “new post-COVID normal” must encompass societal, cultural, and political impacts in addition to the financial and economic changes that will likely occur. Any forecast that fails to include such considerations is, by definition, incomplete.

It is clear that COVID-19 accelerated trends already in place. For instance, COVID-19 contributed to a decade-long acceleration in the decline of global trade intensity. This does not, however, necessarily imply a more aggressive shift toward deglobalization. Inasmuch as global trade barriers were reduced over decades, the process involved to erect new ones will be complex and time-intensive. Companies and governments will need to research and negotiate alternative arrangements to avoid additional disruptions.

“The ‘new post-COVID normal’ must encompass societal, cultural, and political impacts in addition to the financial and economic changes that will likely occur. Any forecast that fails to include such considerations is, by definition, incomplete.”

Nevertheless, it is probable that companies will invest a greater amount in redundant systems to improve resilience of supply chains and distribution channels. Dependence on a single source for supplies, for example, has proven to be the Achilles’ heel for many multi-national corporations and governments during the COVID-19 crisis. The costs for this shift will be measured in reduced efficiency, lower productivity, and ultimately thinner margins. However, it is likely premature to forecast the complete demise of just-in-time inventory management.

While the liquidity support provided by the Federal Reserve and other central banks during the Great Financial Crisis was enormous, their collective response to the economic shock of COVID-19 dwarfs all previous responses to economic crises. The only comparable action occurred during the four years of U.S. involvement in World War II. Similar to the period following the Great Financial Crisis, the amount of debt issued to support the economy during COVID-19 will stimulate fierce debate about monetary policy as we enter the recovery phase.

It is generally accepted that mainstream policies over the past decade exacerbated income inequality. There is some expectation that future policy approaches post COVID-19 could reflect a paradigm shift that incorporates non-traditional considerations such as income inequality. Many of the issues policy makers debate this cycle will likely echo those of earlier periods such as following World War I and during the Great Depression. It is probable, therefore, that policy in the future will resemble policy in the past, but the intensity of current debate has the potential to encourage policy
makers to adopt alternative approaches.

The ability of many sectors of the economy to remain functional during recent shutdowns underscores the value of our technological platforms. This period has validated such investments. Although not optimal, virtual applications have offset challenges associated with distance and lack of proximity. Technology has facilitated operational continuity for many enterprises and organizations.

Similar to the great Space Race of the 1960s, the global effort to understand the biology of SARS-COV-2, to develop therapies and treatments, and to create a vaccine will contribute a near endless stream of data and information from which bright minds will develop visionary new innovations. Most of the current efforts will end in failure; yet, in their failures, the scientific process will identify alternative applications that are likely to benefit humanity for years to come.

Ray Ryan is the President of Patten and Patten, an investment management firm, and a Registered Investment Adviser in Chattanooga. Ray is a CFA Charter Holder, a member of the Advisory Board for UTC’s College of Business, and an Adjunct Professor of Finance at UTC. He is a graduate of Princeton University, where he had the privilege of taking a course taught by former Federal Reserve Chairman
Ben Bernanke. 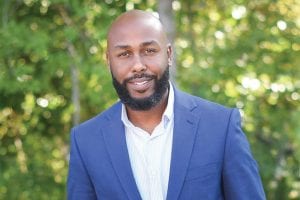 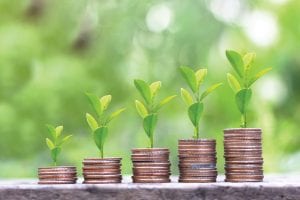