To succeed in any market, you have to set yourself apart from the competition. What’s your point of difference? 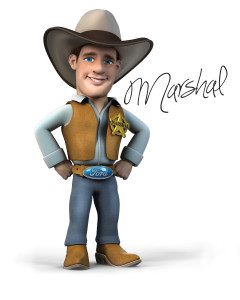 What is a Brand?
More than a century ago, cattle ranchers used branding irons to indicate which animals were theirs. As the cattle moved across the plains, it was easy to determine which ranches they were from because each head of cattle was branded.

With the rise of packaged goods in the 19th century, producers put their mark on a widening array of products – cough drops, flour, sugar, beer – to indicate their source. In the late 1880s, for example, as the Coca-Cola Company was getting started, there were many soda producers in every market. Before Coca-Cola could get a customer to reach for a Coke, it needed to be sure the customer could distinguish a Coke from all the other fizzy caramel-colored beverages out there.

In the first sense of the word, then, a brand was simply the non-generic name for a product that told us the source of the product. In reality, we know that a brand is the perception people hold in their heads about you, or a product, service, organization, cause, or idea. It can be negative, positive, or somewhere in between. Once you realize that a brand is merely a perception, you realize that in the mind of any particular person, either a brand exists or it does not.

Every day, we have opportunities to shape other’s perceptions. That is what brand building is about: the deliberate and skillful application of effort to create a desired perception in the mind of another person.

Branding is Essential to Long-Term Success
Brands are more important now than at any time in the past 100 years. In the face of the current economic challenges, brands do better in tough times compared to unbranded products.

A brand is tangible and intangible benefi ts brought together as a promise. Successful brands convey a uniform quality, credibility, and experience. Brands are valuable. When General Mills purchased Pillsbury for $10.5 billion they bought the “Dough Boy.” When Mars purchased Wrigley for $23 billion they purchased Wrigley’s brands including Extra, Orbit, and Eclipse gums as well as LifeSavers and Altoids to add to their brands, among others: M&M’s, Snickers, Starburst, Skittles, and Twix. InBev acquired Budweiser and added Bud’s stable of brands to Stella, Becks, and Labatt. 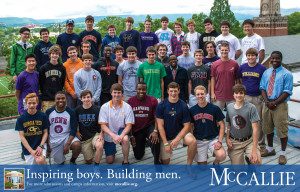 But branding requires differentiation. People buy brands and not products. Th ey are loyal to brands and what they stand for. There is no differentiation without branding and without differentiation, a business cannot sustain long-term profitability. Branding is essential for companies to succeed. Building brands builds profits. It is how companies and corporations are often valued at four to six (or more) times higher than their EBITDA (earnings before interest, taxes, depreciation, and amortization).

Unique Selling Proposition – Key to Differentiation?
Believe it or not, marketing scholars argue that there was a time when the biggest challenge in making a sale was simply making a product. Why? Because it used to be that people had more money than manufacturers had goods. At the start of the 20th century, such an environment enabled Henry Ford to build a giant corporation with small regard for customer preference, as captured by his famous quote: “Any customer can have a car painted any color that he wants so long as it is black.” The end of World War II was another period of “if you build it, they will buy.” With pent-up consumer demand uncorked, an effective ad might read simply, “Buy Ivory soap,” and shoppers were happy to comply.

By the late 1950s and early 1960s, however, production had more than caught up with demand. Th e “buy my product” approach to advertising no longer was enough. Customers had lots of choices and wanted some basis for deciding among them. In such a climate, helping customers differentiate one product from another became essential. Madison Avenue responded by identifying, dramatizing, and creating product distinctions. In 1961, Rosser Reeves, one of the most acclaimed advertising executives, coined the term Unique Selling Proposition (USP) – the idea that every product had something unique about it and the ad man’s job was to highlight that aspect. Think, “Melts in your mouth, not in your hands.” A few years later, Jack Trout and Al Ries developed a construct called “positioning,” which leveraged the USP idea into something broader and potentially more powerful – moving beyond product features and consumer benefits to focus on the position a product achieved in a prospect’s mind. “Avis – We Try Harder” and “Seven-Up – The Un-Cola” are great examples of brand positioning. 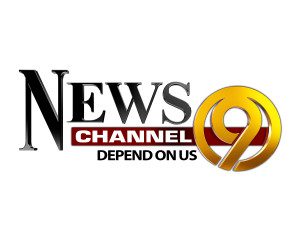 For decades, USPs and positioning have been cornerstones of modern branding. The diff erence between a product or service and its competition is the unique selling proposition (USP) or a competitive advantage. It is “why” a consumer or customer should choose your product or service over your competition. This advantage isn’t sustainable if it is easily copied.

Whatever a product is, it provides something – some benefit or solution. And it’s probably not the only one offering such a benefit or solution. Your prospects are well aware of this, so the question “Why should I choose you?” is on their minds. A USP is what clearly separates a brand from its competitors. It’s something only it offers. Instead of attempting to be known for everything, businesses, products, or services with a unique selling proposition stand for something specific, and it becomes what each is known for.

USP, UEP, and U-Spiritual-P
Today, some experts argue that the concept of the unique selling proposition creates “singularization,” or narrow-minded marketing. They espouse that today’s markets are more global and consumers have far more choices with information readily available via the internet. They argue that today’s markets are flooded with me-too products that can’t be differentiated singularly through rationale promises, but instead have to be differentiated emotionally and even spiritually.

They argue that today’s brands operate in a far more complex world than 50 years ago – back when many brands were single-product offerings, and the only variation came in pack size, or the occasional flavor or fragrance. In most categories, there were two, maybe three competitors, so a simple unique selling proposition worked.

But not today they argue, as consumers have four to five or even more choices in any category. Not only that, they can source their brand of choice quickly from anywhere around the world.

Often marketers must talk to their core target group, users, and non-users in different countries with different cultures, who have different levels of awareness and attitudes to their brands. They must address multiple target groups with multiple propositions simultaneously, so a single unique selling proposition can’t work.

They argue that markets flooded with me-too products demand a UEP and a U-Spiritual-P. Consumers not only want a product that satisfies their need(s), but they want it to reflect how they feel and who they are – which ultimately defines their inner being.

They argue that to achieve this, new brand frameworks are required – ones that recognize the need for simultaneous multiplicity. Rather than one message being repeated, which may “talk” to only part of a brand’s total audience, brands need to orchestrate a more complex and deeper, more engaging set of messages.

Call it What You Want
With all that said, most marketers and business professionals agree that brands still need to embrace a core theme or strategy that addresses the nuances of different markets, trade channels, and consumer beliefs. For a business, product, or service to succeed, it must have a point of difference that causes customers or consumers to choose it over other alternatives. Call it USP, UEP, U-Spiritual-P – or a collection of one, two, or more of these factors – differentiation must occur across benefits that one can touch and feel or perceive: physical, tangible, intangible, and ethereal benefits. And then these presumably meaningful benefits must be delivered on a consistent basis and in a manner that motivates ongoing purchases.

Back to Sales & Marketing
Shares